Drawing on decades of experience in the niche, Joyce Storm is a real estate investment professional who works with Storm Partners, a New York-based firm, where she serves as president. In addition to this, Joyce Storm sits on the Real Estate Advisory Board of Mosaic Real Estate Investors (MREI), which specializes in funding luxury real estate developments across the country.
Among these is a Southlake, Texas-based hotel development called RREAF Southlake Property, which has entered the first phase of its construction. Set across 16 acres, the development is set to have 239 suites and guestrooms, while restaurants and retail spaces may be added in future development phases.
The hotel is set to be six stories tall, and the first phase of the construction looks to finish before Fall 2020. MREI is providing the mezzanine debt for the project, while RREAF and RREAF Investors have provided the equity needed for installation. Staghorn Capital Partners has also provided a first lien construction loan to begin the development.
Posted by Joyce Storm at 6:19 PM No comments:

Joyce Storm is a real estate investment professional who holds several decades of experience in the niche, with the past 12 years being with Storm Partners, a real estate investment company based in New York. Joyce Storm continues to be involved with a variety of other organizations, such as the Building of the Arts’ (BFA) Theatre Row program, an off-Broadway theatre complex that provides affordable theater venues.

The BFA initiative accepts a range of diverse theater companies, with the Wheelhouse Theater Company's “Life Sucks” being one of the more recent to open at the complex. Written by Aaron Posner and directed by Jeff Wise, the show is set for a 14-week engagement, with its run finishing on September 1.

The engagement at Theatre Row comes not long after “Life Sucks” premiered at the Washington, D.C.-based Aaron and Cecile Goldman Theater. The production is a contemporary re-telling of Chekhov’s Uncle Vanya, featuring Kevin Isola as Vanya and Austin Pendleton as The Professor.
Posted by Joyce Storm at 1:33 PM No comments: 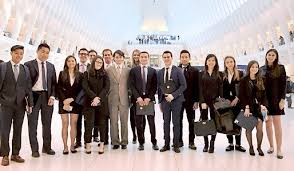 As the president of Storm Partners, LLC, in New York City, real estate professional Joyce Storm handles a variety of complex transactions that involve investments, acquisitions, management, and development. In addition, Joyce Storm serves was an advisory board member of numerous professional organizations, including the Samuel Zell & Robert Lurie Real Estate Center at the Wharton School of the University of Pennsylvania.The Zell/Lurie Real Estate Center works to promote excellence in real estate-related research and teaching. Among the center’s recent research initiatives are an exploration of the ways in which e-commerce affects the real estate sector; an investigation into connections among private and public markets and their development amid shifting priorities of institutional investors; and international collaborations that include outreach to British and German institutions of higher learning. Recent working papers produced with the support of the Zell/Lurie Real Estate Center include several that concentrate on the housing boom and others that focus on the regulations that affect land use and the development of urban areas as viewed through an international lens.
Posted by Joyce Storm at 5:50 PM No comments:

Joyce Storm leads the NY based real estate acquisition and development firm Storm Partners, LLC. For three decades, she has been singled out as one of few female retail real estate development executives in a male dominated industry. On March 21, 2019, Joyce Storm spoke at the UBS Women’s Symposium, held at Park Hyatt New York and sponsored by one of the world’s largest international investment -banking and financial-services firms: Union Bank of Switzerland. Her presentation Perspectives from Women of Impact, Redefining Legacy aligned with the opening address from UBS leadership, noting the company’s commitment to partnering with successful women to help them fulfill the full range of their ambitions for themselves, their families, and philanthropy. Ms. Storm encouraged fellow attendees to work strategically with male executives to help diversify boardrooms by opening top-level positions to more women leaders.Studies show that women still hold only a small portion of the major positions at leading American corporations. Data from a Pew Research Center analysis of company federal securities filings among Standard & Poor’s Composite 1500 stock index, place the percentage of the country’s women CEOs at a 5.1% and the percentage of female top executives as still only 11.5%. On its website, the company cites a recent study showing that while 56% of men surveyed said they were financially confident, only 41% of the women reported similar feelings. Yet when women direct their investments, they tend to concentrate not only on their own needs, but on socially-responsible investing and the promotion of the greater good in their communities. UBS offers a self-administered financial goal survey and online resources designed to help women increase their financial confidence.


Joyce Storm currently serves as the president of Storm Partners, LLC, a New York City firm she established in 1997. She brings 30 years of real estate experience to her work, which includes acquisition, investment, and development, as well as advising on retail real estate matters to a range of financial institutions and developers. Additionally, Joyce Storm is on the board of directors of Theatre Row, a project of Building for the Arts NY, Inc.Theatre Row, an off-Broadway organization spanning a multi-theater complex, concentrates on offering affordable performance spaces for groups engaged in creating innovative plays for a diverse audience. These entities can rent rehearsal studios and theaters, in addition to offices to conduct administrative work. Theatre Row can also supply technology support as needed for its community of performers and producers. The overall goal is to increase collaboration and resource-sharing among institutions in the nonprofit performing-arts world.The Theatre Row facility, only steps from Times Square, provides entertainment to some 165,000 attendees every year. Among the latest productions that have graced its stages was a revival of A Man for All Seasons, Robert Bolt’s classic drama about the conflict between British King Henry VIII and Sir Thomas More. Other recent shows have included NEWSical the Musical, a satirical look at the modern-day news cycle, and The Marvelous Wonderettes, a musical comedy set in a 1950s high school.
Posted by Joyce Storm at 3:19 PM No comments:

Drawing on more than three decades of real estate development, acquisition, and marketing experience, Joyce Storm serves as president of the New York City-based Storm Partners, through which she has transformed and re-imagined hundreds of retail properties in the United States. She also facilitated the consolidation of Regal Cinemas, Edwards, and United Artists' real estate into a singular prepackaged bankruptcy entity on behalf of the Anschutz Corporation prior to its being taken public. Joyce Storm founded Storm Partners in 1997 and in 2013 also became a principal with Wheelock Street Capital.
Before 1997, Ms. Storm held executive vice president roles with Sony Retail Entertainment and Loews Cineplex Entertainment. With the latter, she oversaw strategic partnership efforts as well as site selection and construction of movie theaters for the 1,100-screen chain. She also previously served as president of The Kaplan Group in Massachusetts, where she leased 20 super regional malls which combined encompassed more than 23 million square feet for New England Development. She spent the first 14 years of her career with The Taubman Company in Michigan.